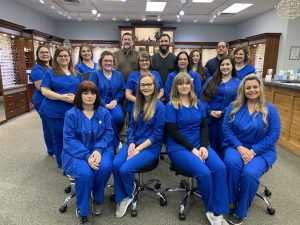 Eye care professionals specialize in understanding how the human eye really works, as well as diseases and conditions that affect your vision - many of which do not have obvious symptoms. Eye doctors know how age and risk factors affect vision over time for young and old, and they understand the benefits and features of corrective lenses including eyeglasses and contacts.

At Advanced Eyecare, our team in Picayune and Pearl River takes the time to explain the results of your eye exam, describe your options and listen to your eye care needs. Because maintaining good eye health is an ongoing partnership, we encourage you to ask questions and share your health information, which could be vital to monitoring, diagnosing and treating potential vision problems. 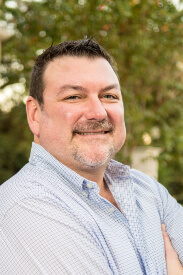 Dr. Kraig Stasney grew up in Slidell, Louisiana and is a 1985 Graduate of Slidell High School. His interest in optometry stemmed from the influence of two optometrists who he knew personally and his love of helping people. He attended LSU where he majored in Microbiology. He was accepted into Southern College of Optometry in Memphis, TN before graduating from LSU and later received undergraduate degrees in Biology and Physics from Southern College.

Dr. Stasney recognizes and appreciates the impact expert vision care has,  not only on our vision, but on our lives as well. Dr. Stasney once diagnosed a brain tumor in a Patient by performing a thorough eye examination. The patient had driven from Tylertown, MS to see him because she had heard “good things” about him. The next day, she had successful surgery to remove the brain tumor and has stayed in remission ever since.

In his spare time, Dr. Stasney enjoys spending time with his wife Kim and three children, Jhanne, Michael, and Danielle. He also enjoys hunting, fishing, working on the family’s small farm, and helping with a variety of community projects. 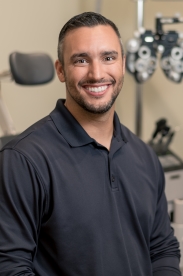 Dr. Jarrad M. Berry, O.D., is a native of Picayune, MS.  Dr. Berry graduated from high school at Picayune Memorial High School in 2004 and went on to take undergraduate courses at Delta State University where he received his Bachelors of Science with a Major in Chemistry and a Minor in Biology in 2008.  His Doctoral training was received at the prestigious Pennsylvania College of Optometry at Salus University, in Elkins Park, Pennsylvania, resulting in his Doctor of Optometry degree in 2013.

After graduating Optometry, he then received his commission as a Captain in the United States Army, and served as a Doctor of Optometry at Womack Army Medical Center, in Fort Bragg, NC.  Over 3 years, Dr. Berry served as staff Optometrist, clinic chief of two separate clinics, and clinical preceptor of Optometry students, Physician’s Assistant students, Family Medicine residents, and Special Forces Medics (18D).

Dr. Berry has held licenses to practice Optometry in the states of North Carolina, Louisiana, and Mississippi.  Dr. Berry has also become certified in Advanced Procedures in the State of Louisiana.

Dr. Berry is excited to practice in his hometown and to bring his family back to the community including his wife, Kelly Berry, and two daughters, Madilyn and Aaliyah.