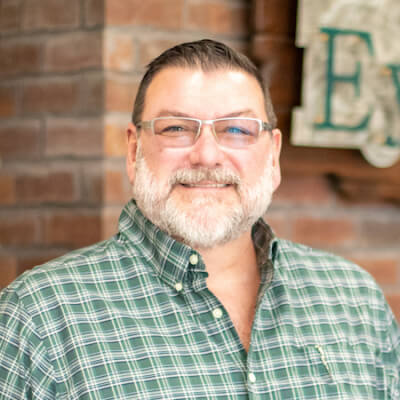 Dr. Kraig Stasney grew up in Slidell, Louisiana and is a 1985 Graduate of Slidell High School. His interest in optometry stemmed from the influence of two optometrists who he knew personally and his love of helping people. He attended LSU where he majored in Microbiology. He was accepted into Southern College of Optometry in Memphis, TN before graduating from LSU and later received undergraduate degrees in Biology and Physics from Southern College.

Dr. Stasney once diagnosed a brain tumor in a Patient by performing a thorough eye examination. The patient had driven from Tylertown, MS to see him because she had heard “good things” about him. The next day, she had successful surgery to remove the brain tumor and has stayed in remission ever since.

In his spare time, Dr. Stasney enjoys spending time with his wife Kim and three children, Jhanne, Michael, and Danielle. He also enjoys hunting, fishing, working on the family’s small farm, and helping with a variety of community projects.